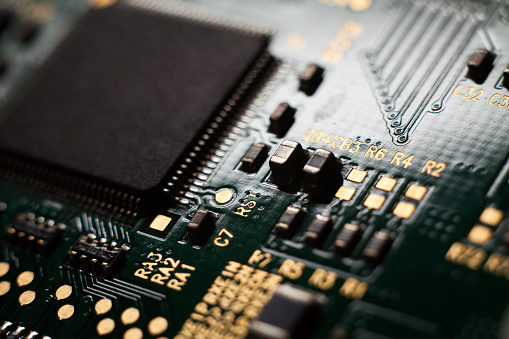 A power management integrated circuit (PMIC) is a device that provides power to an electronic circuit. It is typically used in devices that require a high current, such as computers and cell phones. The PMIC regulates the voltage and current to the electronic circuit, and protects the circuit from over-voltage and over-current conditions.

ST announced the establishment of a collaborative lab with Sant’Anna School of Advanced Studies in 2011. The lab’s primary areas of study and innovation will include microelectronics, smart systems, and biorobotics. In the past, the Sant’Anna School of Advanced Studies and DustBot, a platform with self-navigating “service robots” for waste collection, have collaborated.

Analog Devices’ subsidiary Maxim Integrated creates, produces, and distributes analog and mixed-signal integrated circuits for the computing, communications, consumer, and automotive industries. Sensors, analog ICs, interface ICs, communications solutions, digital ICs, integrated security, and microcontrollers are among the products offered by Maxim. The business includes design studios, factories, and sales offices all over the world in addition to its headquarters in San Jose, California. In addition, the business purchased Trinamic, a manufacturer of motion control products, in June 2020. The company was purchased by Analog Devices on August 26, 2021.

The Mitsubishi Group is a collection of independent, multinational Japanese businesses operating in many sectors. The Mitsubishi Group, which was established by Yataro Iwasaki in 1870, is historically descended from the Mitsubishi zaibatsu, an united business that operated from 1870 until 1946. During the occupation of Japan after World War II, the corporation was dissolved. Without a dominant parent firm, the Mitsubishi Group is made up of around 40 different enterprises. The shares of the other Mitsubishi firms are significantly (though typically not controllingly) owned by each of the Mitsubishi companies.

Located in Kyoto, Japan, Rohm Semiconductor is a maker of electrical components. Kenichiro Sato incorporated Rohm on September 17, 1958 under the name Toyo Electronics Industry Corporation. Rohm began building a production facility in Malaysia’s Kelantan in 2016 and opened it for business in April 2017. A few years later, in 2022, Rohm increased the size of their plant by around 1.5 times with the intention of opening in 2023. The enlarged facility will primarily focus on the production of analogue LSIs and transistors, whereas the original plant mostly produces discrete semiconductors like diodes.

Renesas Electronics Corporation, a Japanese semiconductor manufacturer with its headquarters in Tokyo, was founded in 2002 as Renesas Technology, a consolidated entity of Hitachi and Mitsubishi’s semiconductor businesses that did not include their dynamic random-access memory operations. In 2010, NEC Electronics merged with this entity, leading to a slight change in the company name and logo. The main supplier of cutting-edge Wi-Fi systems, Celeno Communications, was also acquired by Renesas in December 2021. Renesas successfully acquired Reality Analytics, Inc. in July 2022, expanding its machine learning and artificial intelligence capabilities.

Texas Instruments Incorporated (TI) is an American technological business with its main office in Dallas, Texas. It creates and produces integrated circuits and semiconductors, which it then sells to producers and designers of electronics around the world. According to sales volume, it is one of the top 10 semiconductor businesses in the world. The company concentrates on creating embedded CPUs and analogue circuits, which provide more than 80% of its sales. Calculators, microcontrollers, and multi-core processors are among the educational technology items that TI also makes using its digital light processing technology. As of 2016, the business had 45,000 patents worldwide.

With its headquarters in Wilmington, Massachusetts, Analog Devices, Inc. (ADI), sometimes known as Analog, is an American global semiconductor firm with a focus on data conversion, signal processing, and power management technology. The business produces integrated circuits (ICs) for analogue, mixed-signal, and digital signal processing (DSP) that are utilised in electronic devices. These technologies are used to transform, refine, and process electrical signals from real-world phenomena like light, sound, temperature, motion, and pressure.

In the following sectors: communications, computing, instrumentation, automotive, military/aerospace, and consumer electronics applications, Analog Devices has about 100,000 clients. Maxim Integrated will be acquired by Analog in July 2020 in an all-stock deal valued at $68 billion for the combined business.

Based on its 2021 revenue, the American semiconductor provider onsemi, with headquarters in Phoenix, Arizona, was ranked #483 on the Fortune 500 in 2022. Products for automotive, communications, computer, consumer, industrial, LED lighting, medical, military/aerospace, and power applications include power and signal management, logic, discrete, and bespoke devices. In the continents of North America, Europe, and Asia Pacific, onsemi maintains a network of production sites, sales offices, and design centres. Onsemi was one of the top 20 semiconductor leaders in the world. Onsemi will buy the GlobalFoundries 300mm Fabrication Facility in East Fishkill, New York, in April 2019. Onsemi purchased GT Advanced Technologies in August 2021.

When the semiconductor division of erstwhile parent firm Siemens AG was spun off, the German semiconductor manufacturer Infineon Technologies AG was established. One of the top 10 semiconductor producers in the world, Infineon employs roughly 50,280 people. The corporation generated sales of €11.06 billion in the 2021 fiscal year. In April 2020, Infineon acquired Cypress Semiconductor. The startup Innoluce, which specializes in MEMS and LiDAR systems for use in autonomous vehicles, was bought by Infineon in October 2016. The 250-meter range MEMS lidar device can scan up to 5,000 data points per second, with mass manufacturing unit costs of $250. Infineon announced in June 2019 that it would buy Cypress Semiconductors for $9.4 billion. The deal was finalized on April 17, 2020.

On August 6, 2010, NXP, which was first separated from Philips in 2006, completed its first public offering. Shares of NXP now trade on the NASDAQ under the ticker name NXPI. NXP Semiconductors was included in the NASDAQ 100 on December 23, 2013. It was announced that NXP and Freescale Semiconductor would merge on March 2, 2015. On December 7, 2015, the transaction was finalised. It was disclosed on October 27, 2016, that Qualcomm would attempt to acquire NXP. The plan was in fact abandoned on July 26, 2018, since the Chinese merger regulator did not approve the deal before Qualcomm’s deadline.