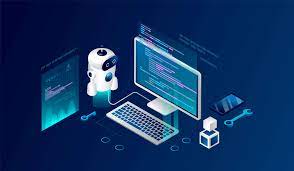 Microsoft Corporation is a multinational technology company with headquarters in Redmond, Washington, in the United States. It creates computer software, consumer electronics, personal computers, and related services. The Windows range of operating systems, the Microsoft Office package, and the Internet Explorer and Edge web browsers are some of its best-known software offerings. The Xbox video gaming consoles and the Microsoft Surface range of touchscreen personal PCs are its two main hardware offerings. Microsoft was the largest software maker in the world by revenue as of 2016, and it was rated No. 21 in the 2020 Fortune 500 rankings of the largest American firms by total revenue. Along with Google, Amazon, Apple, and Meta, it is one of the Big Five American technological firms.

End-to-end encryption (E2EE) capability for Microsoft Teams calls was announced by Microsoft in October 2021 in order to safeguard business communication when utilizing video conferencing software. Activision Blizzard, an American video game developer, and holding corporation, was acquired by Microsoft in an all-cash deal valued at $68.7 billion on January 18, 2022.

AWS is an Amazon company that offers governments, businesses, and people access to on-demand cloud computing platforms and APIs on a metered pay-per-use basis. Through AWS server farms, these cloud computing web services offer software tools and distributed computer processing capacity. One of these services is Amazon Elastic Compute Cloud (EC2), which enables users to have a virtual computer cluster at their disposal that is constantly accessible via the Internet. The majority of a real computer’s features, such as hardware central processing units (CPUs) and graphics processing units (GPUs) for processing, local/RAM memory, hard-disk/SSD storage, a choice of operating systems, networking, and pre-loaded application software including web servers, databases, and customer relationship management, are all emulated by AWS’s virtual computers (CRM).

It was revealed in October 2021 that several UK government agencies and intelligence organisations, including GCHQ, MI5, MI6, and the Ministry of Defence, have hired AWS to hold their sensitive data.

In recent years, a number of financial industry companies, including Jeffries, Bloomberg, Tradeweb, BBVA, and Itiviti, have switched to AWS.

Search engine technology, online advertising, cloud computing, computer software, quantum computing, e-commerce, artificial intelligence, and consumer electronics are the main areas of interest for Google LLC, an American multinational technology firm. Due to its market dominance, data collection, and technological advantages in the field of artificial intelligence, it has been referred to as the “most powerful firm in the world” and one of the most valuable brands in the world. Along with Amazon, Apple, Microsoft, Meta, and Meta, it is regarded as one of the Big Five American technological corporations.

Google announced in May 2022 that it had purchased the California-based startup Raxium, which developed and produced MicroLED display technology. Raxium will work with Google’s Devices and Services team to further monolithic integration, system integration, and micro-optics.

With operations in more than 171 nations, the International Business Machines Corporation (IBM) is an American multinational technology company with its headquarters in Armonk, New York. Charles Ranlett Flint, a trust businessman, formed the Computing-Tabulating-Recording Company (CTR) in Endicott, New York, in 1911. In 1924, the name was changed to “International Business Machines.” Incorporated in New York is IBM. With more than 282,100 employees as of 2022, IBM, one of the 30 corporations that make up the Dow Jones Industrial Average, is among the top employers worldwide.

The Managed Infrastructure Services segment of IBM’s Global Technology Services division will be sold to a new public company, the firm said in an announcement in October 2020.

A class action complaint was filed against Oracle on August 23, 2022, alleging that Oracle had been running a “surveillance machine” that tracked the personal data of hundreds of millions of people in real-time and stored it indefinitely.

Chinese multinational technology corporation Alibaba Group Holding Limited, better known as Alibaba, specialises in e-commerce, retail, the Internet, and technology. The company, which was established on June 28, 1999, in Hangzhou, Zhejiang, offers electronic payment services, shopping search engines, and cloud computing services in addition to consumer-to-consumer, business-to-business, and consumer-to-business sales services via web portals. It manages a diversified portfolio of businesses in many different industries around the world.

On November 11, 2021, it was revealed that during its 11-day Singles’ Day sales fiesta, Alibaba Group Holding, the largest e-commerce company in China, received orders totaling a record 540.3 billion yuan (S$114.4 billion), a 14% rise from the previous year.

Alibaba was added by the SEC to a list of businesses that risk being delisted from American stock exchanges in July 2022 if its auditors are unable to review Alibaba’s accounts before 2024.

The Hewlett Packard Enterprise Company (HPE) is a global American information technology business with headquarters in Spring, Texas. On November 1, 2015, HPE was established in Palo Alto, California, as a result of the division of the Hewlett-Packard corporation. [2] It is a company with a business-oriented focus that works in networking, servers, storage, containerization software, consulting, and support.

The division was planned so that HP Inc., the previous Hewlett-Packard Company, would take that name and spin out HP Enterprise as a separate business. Enterprise trades under its own ticker symbol: HPE; HP Inc. has kept the old HP’s personal computer and printing business, as well as its stock price history and original NYSE ticker symbol for Hewlett-Packard. In order to create DXC Technology, HPE broke off its Enterprise Services division and combined it with Computer Sciences Corporation. Additionally in 2017, it split off and amalgamated with Micro Focus’ software business division.

Providing server, application, and desktop virtualization, networking, software as a service (SaaS), and cloud computing technologies, Citrix Systems, Inc. is an American multinational cloud computing and virtualization technology firm. Over 400,000 customers worldwide, including 99% of the Fortune 100 and 98% of the Fortune 500, are said to be using Citrix solutions.

Citrix spun out the GoTo product line into a separate company called GetGo in 2016 as part of a US$1.8 billion product deal with LogMeIn. Citrix finalized the integration of GetGo and LogMeIn’s products in 2017. The corporate headquarters of Citrix are located in Fort Lauderdale, Florida, and there are more development facilities in Canada, Denmark, Germany, India, the United Kingdom, and California and Massachusetts. Citrix had 9,700 employees and $3.2 billion in revenue in 2021.

A worldwide technology company with its headquarters in Shenzhen, Guangdong, China is called Huawei Technologies Co., Ltd. It creates, develops, manufactures, and markets consumer electronics, telecommunications equipment, and various smart gadgets. Ren Zhengfei, a former deputy regimental head in the People’s Liberation Army, started the company in 1987. Huawei’s business has grown from its initial focus on producing phone switches to include the construction of telecommunications networks, the provision of operational and consulting services and equipment to businesses both inside and outside of China, as well as the production of communications products for the consumer market. As of December 2019, Huawei employed more than 194,000 people. To strengthen its ties with the Biden administration, Huawei reportedly hired Tony Podesta as a consultant and lobbyist on July 23, 2021.

The partnership between Google and Microsoft to make fully functional Windows programmes available to businesses and cloud employees using Chrome Enterprise was announced on October 20, 2020. According to John Solomon, vice president of Chrome OS at Google, “Chrome OS is increasingly being chosen by modern enterprises, whether for remote work, hybrid, or in-office use. We are thrilled to partner with Parallels to bring legacy and full-featured Windows application support, through Parallels Desktop for Chromebook Enterprise, to help businesses easily transition to cloud-first devices and workflows.”